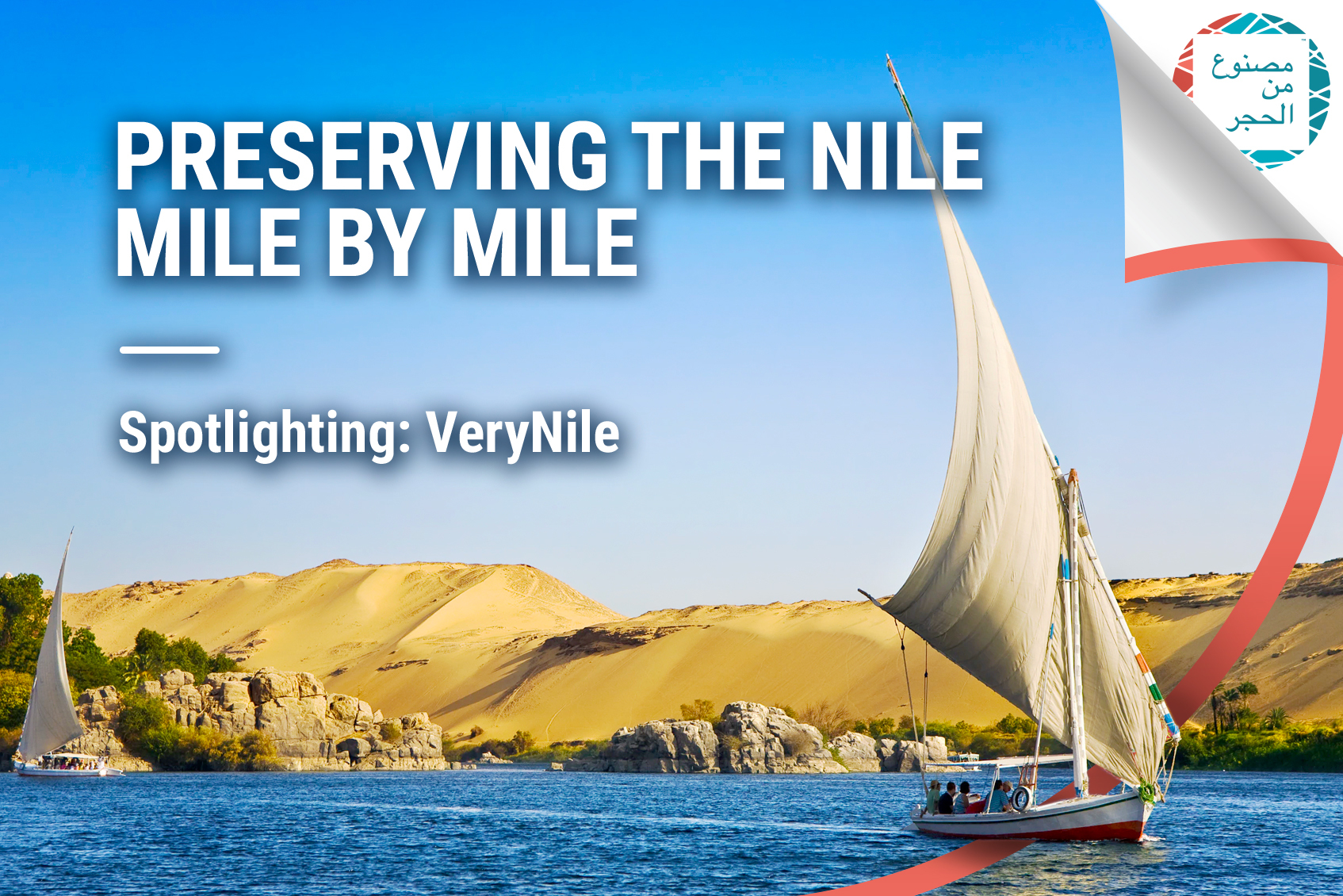 Did you know that Egypt’s famed Nile River actually flows through 11 countries in Africa? The longest river in the world, the Nile is a leading source of food, water, and tourism for over 250 million people throughout the continent. Unfortunately, as is the case in much of the world, this spectacular body of water is struggling under the weight of an overwhelming amount of plastic pollution, with studies revealing a concerning increase in microplastics in recent years. Fortunately, an organization called VeryNile, with the support of Egypt’s Ministry of the Environment, is on the case.

Since launching in 2018, VeryNile has removed 55 tons of solid garbage from the river and designed and implemented a Nile River education program at local schools.  One of 10 rivers that contributes 90% of plastic that ends up in the oceans, the Nile has also seen a decrease in fish populations in recent years. VeryNile saw this as an opportunity, creating a garbage collection ambassador program to add an additional revenue stream for local fishermen. Together with the Ministry of the Environment, VeryNile continues to work toward the goal of making the Nile 100% plastic free!

To learn more about the VeryNile initiative, visit them at www.verynile.com 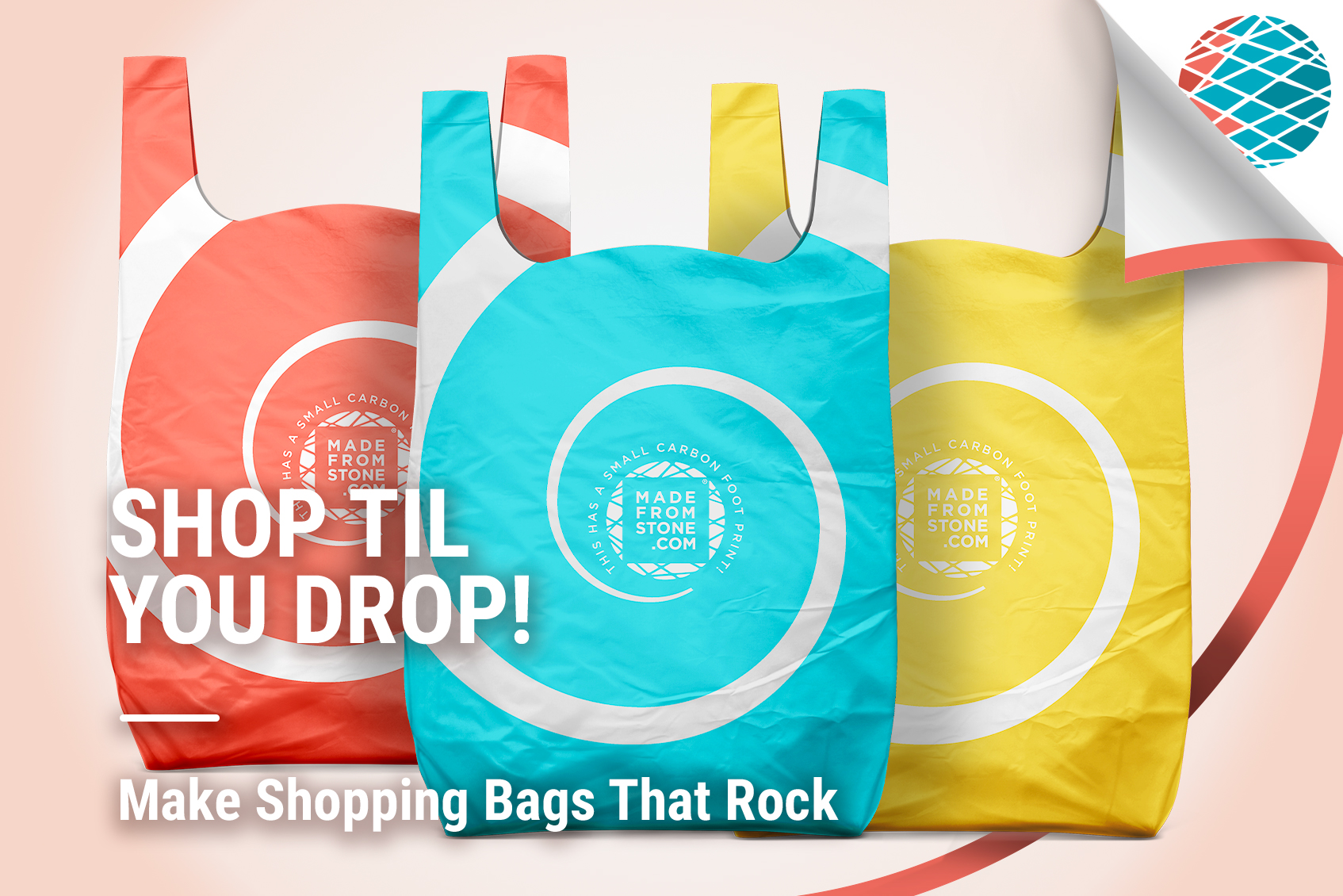 Introducing bags Made From Stone! These BCO1-based film bags have a lower carbon footprint and less plastic than traditional shopping bags and boast superior-puncture and low-permeability resistance. They are a consistent thickness, and maintain the strength to carry a large load of groceries.

Do you want to make your bags rock? Get in touch with our team at

trade@madefromstone.com and make the switch to stone today! 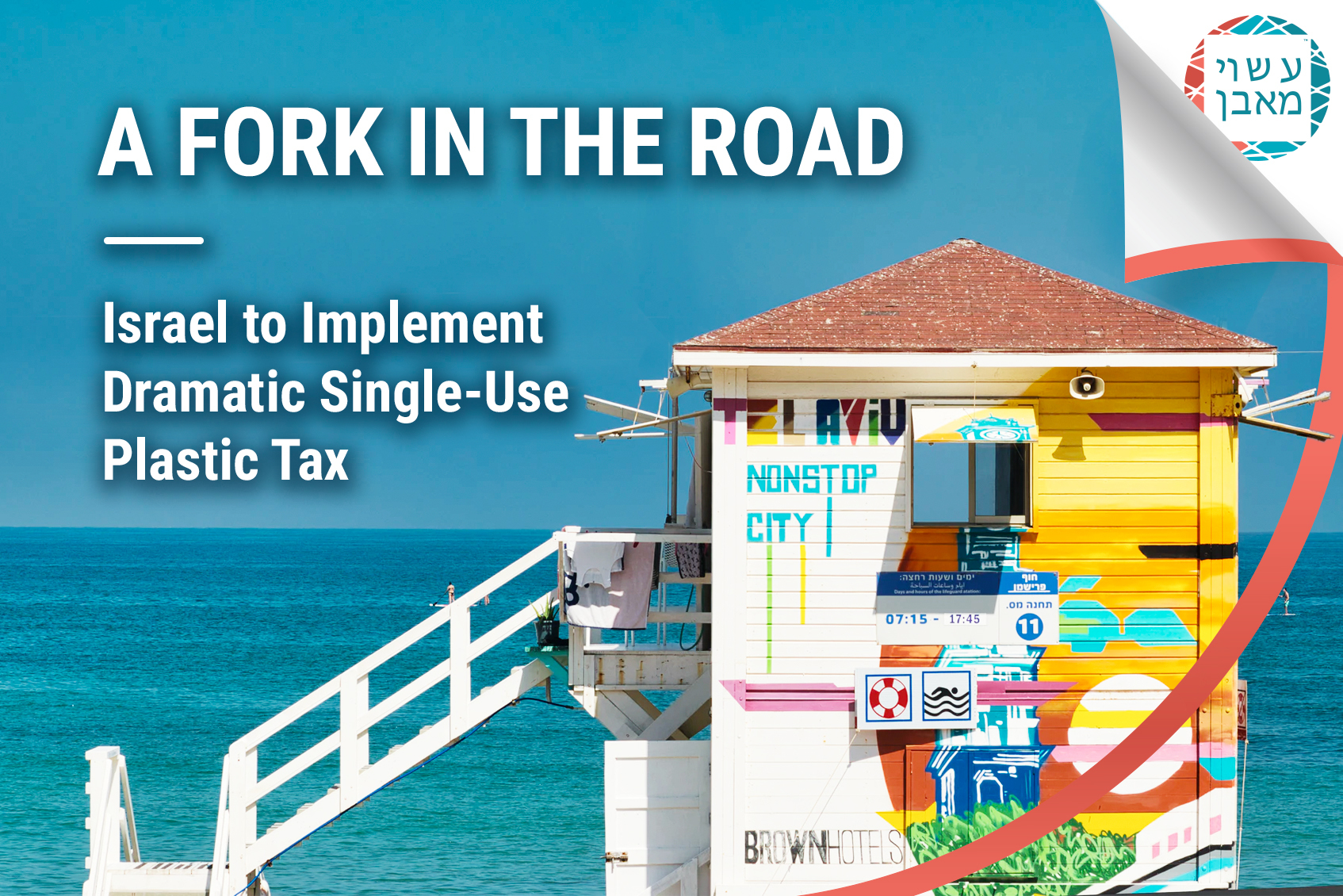 On July 18th, the Israeli government announced a plan to implement a tax on disposable utensils with the hope of discouraging their future use. Over the past decade, studies have shown that use of disposables in Israel has doubled, with annual sales of nearly $609 million dollars. Israeli households are responsible for an astounding five times more disposable utensils than residents in the European Union.  The proposed tax is one of many solutions Israel is putting in place alongside their neighbors in the Middle East.

Israel’s Environmental Protection Minister Tamar Zandberg explained, “we are drowning in disposable plastic and we all see its problematic effects on the cleanliness of the land and our quality of life.”  The government hopes the tax, which will apply to plastic cups, plates, bowls, cutlery and straws, will cut usage by 40%.

Did you know Okeanos has partners across the Middle East?
Our Made From Stone technology can help solve this problem. To get involved, contact partnerships@madefromstone.com 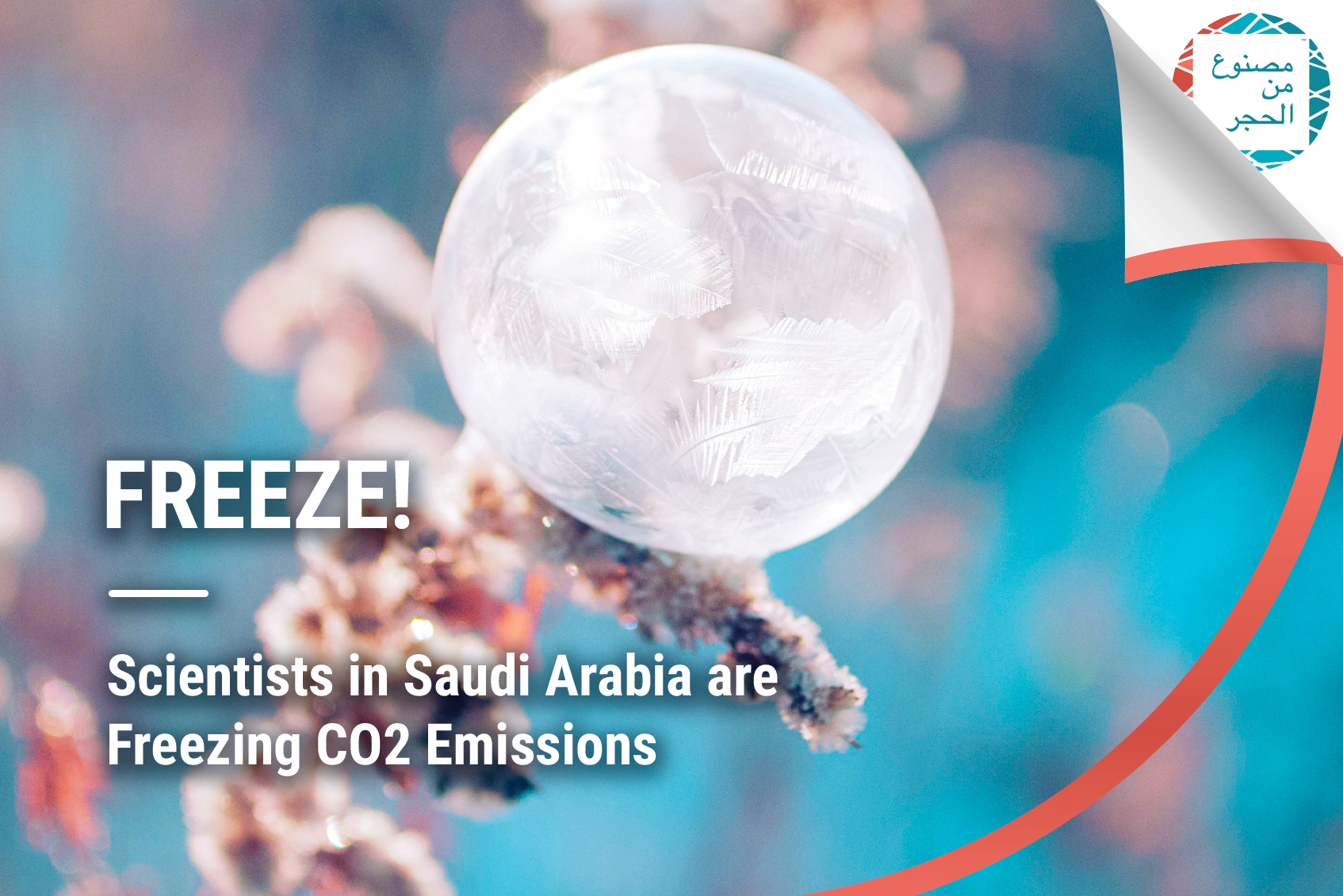 Scientists at King Abdullah University of Science and Technology are testing a cool theory – freezing greenhouse gas emissions from power plants in order to sequester them as “dry ice” underground! If the initial tests are successful, scientists believe they would be able to sequester 1,000 tons of carbon dioxide a day.

While this is significantly less than the roughly 1.6 million tons of carbon dioxide the Kingdom of Saudi Arabia generates daily, scientists are optimistic about the technology’s potential applications for cargo ships, a leading CO2 emitter, which could theoretically store their “dry-ice” frozen carbon in their hulls.

Affordability is unfortunately a roadblock that many innovative technologies face. The cryogenic freezing is anticipated to cost roughly $35-$40 a ton. While expensive, the cost would be roughly half the price of current carbon reduction technologies.

Fortunately, for Okeanos, Made From Stone technology can help our clients make meaningful reductions to their product’s carbon footprint at a lower cost.  To learn more about the capabilities of our compound, click here to see a sample product’s life cycle analysis.

To learn more about the innovative projects we’re working on at Okeanos, click here. 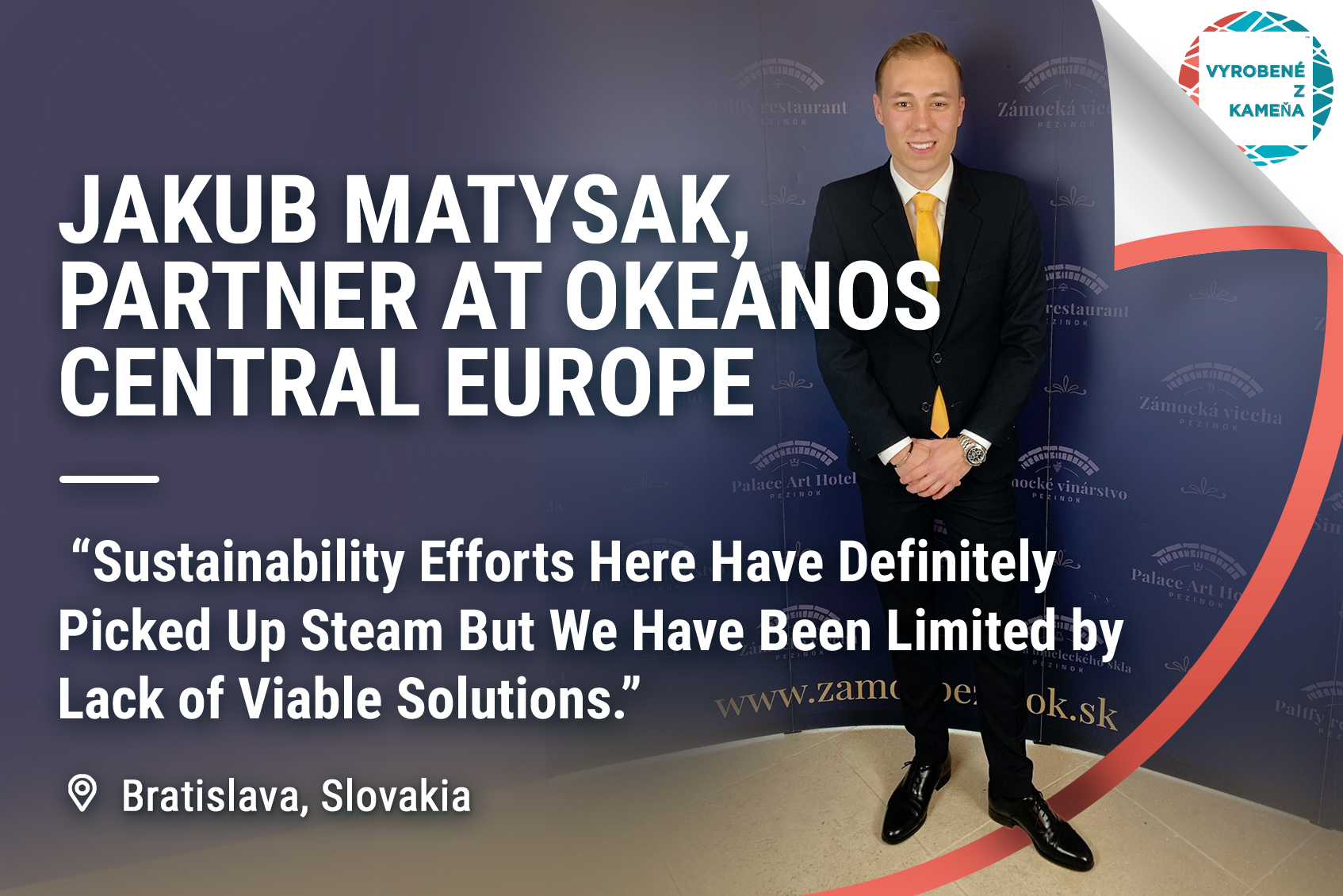 Our Rockstar Partner, Jakub Matysak, is leading the charge on behalf of Okeanos into Central & Eastern Europe. Read on to learn more about Jakub’s dedication to his role, and his passion for preservation below.

Tell us about your childhood. Did you spend time by the ocean?

My childhood was spent in Slovakia. Since there is no ocean nearby, we traveled to the sea at least once a year. The climate of the Slovakia can be described as typical European continental influenced climate with warm, dry summers and fairly cold winters. I was born in summer, and consider myself a summer person. That’s why visiting the sea is always a good idea for me.

Have you noticed an increase in environmental awareness in Central Europe over the last several years? Are people actively engaged in sustainability efforts?

Of course. For example, certain single-use plastic items like cotton buds, cutlery, plates, straws, and oxo-degradable plastics have been banned in the European Union from July. Sustainability efforts have definitely picked up steam here over the past several years, but the problem is we have been limited by lack of viable solutions.  Additionally, everyone seems to want to be more eco-friendly, but are not necessarily willing to pay more for it. These two points have been major roadblocks.

The EU has set a target to recycle 50% of plastic packaging by 2025. Do you think this is a realistic goal? How do you see Made From Stone playing a role in the region?

Unfortunately, no. I don’t think it’s realistic. I say this because the EU currently lacks the infrastructure to treat plastic packaging waste. European plastic packaging recycling rate has already dropped to 32%, so again, we face the lack of viable solutions to tackle this problem.

However, the role of Okeanos will be very important in the market, since we do offer the solution which has real, measurable results – up to 80% less plastic, lower carbon footprint, recyclable, and is price competitive. I am delighted that brands and manufacturers understand our work, see it’s value, and are reacting positively.

If you could pick a body of water anywhere in the world to spend time near, where would it be?

The south of France or Dubai. Even though both are vastly different, they’re still my favorite.

What new skill or hobby did you pick up during quarantine?

I have spent the time enhancing my professional knowledge about building compounds, delving further into the polymerization process, and learning more about density reduction, recycling, and our carbon footprint.

Now that the world is preparing to re-open, what is the thing you’re most looking forward to?

I’m looking forward to finalizing deals we’ve been working on in Europe and getting started on production. I’m also looking forward to the return of exhibitions, which gives us an opportunity to present our solution to customers in person. Most importantly, my partner Marco and I are thrilled to open the first Okeanos office in Europe, which will help to increase that European plastic packaging recycle rate. 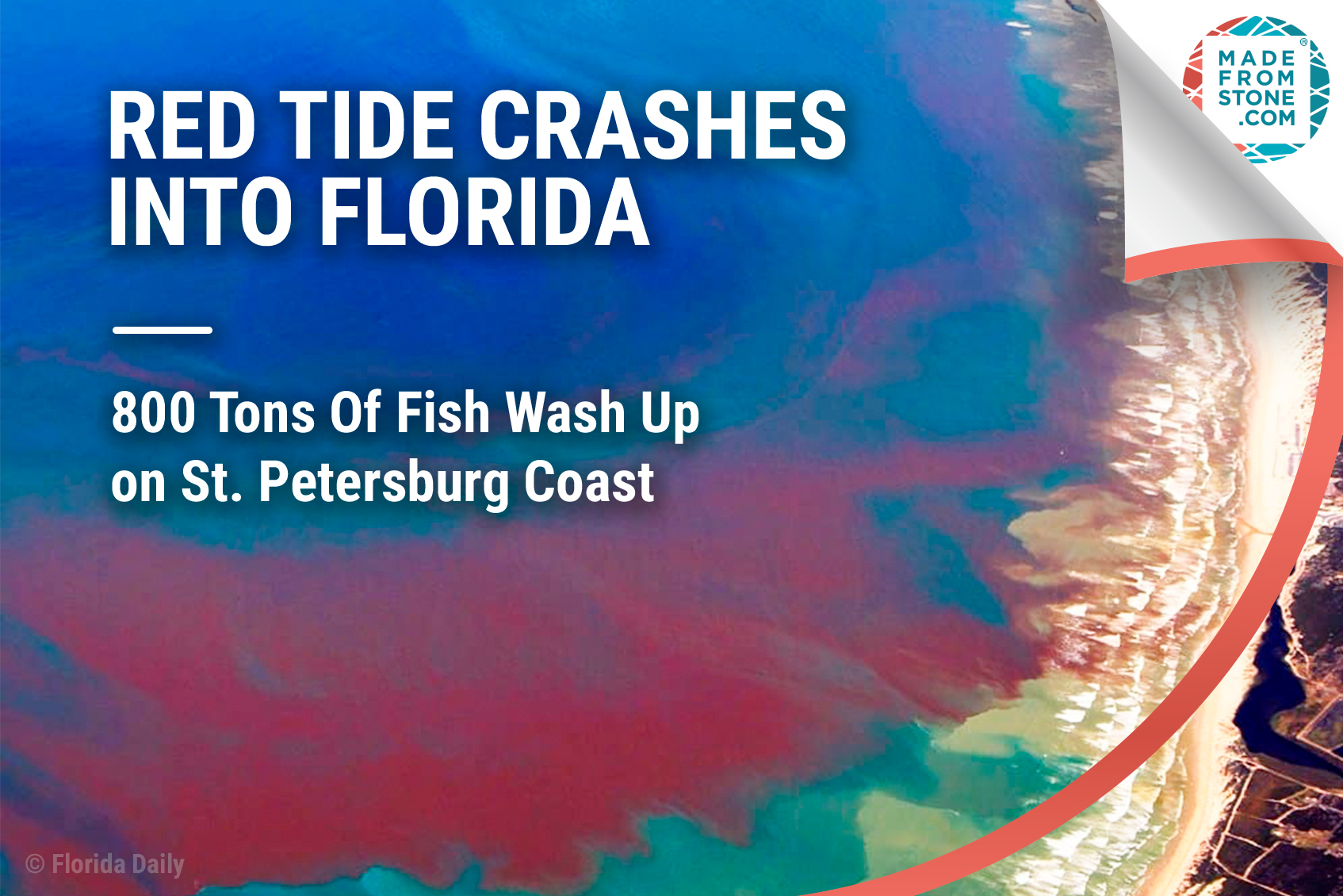 Nearly 800 tons of dead sea life including fish, dolphins, sea turtles, eels and rays washed up on the shores of St. Petersburg, Florida this week as a result of a natural phenomenon known as a “red tide,” a large algae bloom that releases toxins into the water that can be fatal to marine life.

Referred to as red tides because of the way the concentrations of algae can make the water appear to be tinged red, brown, or orange, these naturally occurring overgrowths of algae are often the result of nutrient rich runoff from fertilized soil and sewage. In response to the bloom, the city of St. Petersburg announced a fertilizer ban through the end of September, with the hopes of preventing future blooms attributed to runoff during the rainy season. Ocean acidification, or the change in chemical composition of the oceans due to high levels of carbon dioxide and low levels of oxygen, can also increase the frequency of red tides.

So what can we do to prevent this from happening in the future? Reduce our CO2 footprint, and “turn the tide” by introducing minerals that can combat ocean acidification including calcium carbonate, the main component of Made From Stone technology.

To increase the concentration of calcium carbonate in your products, contact trade@madefromstone.com today!